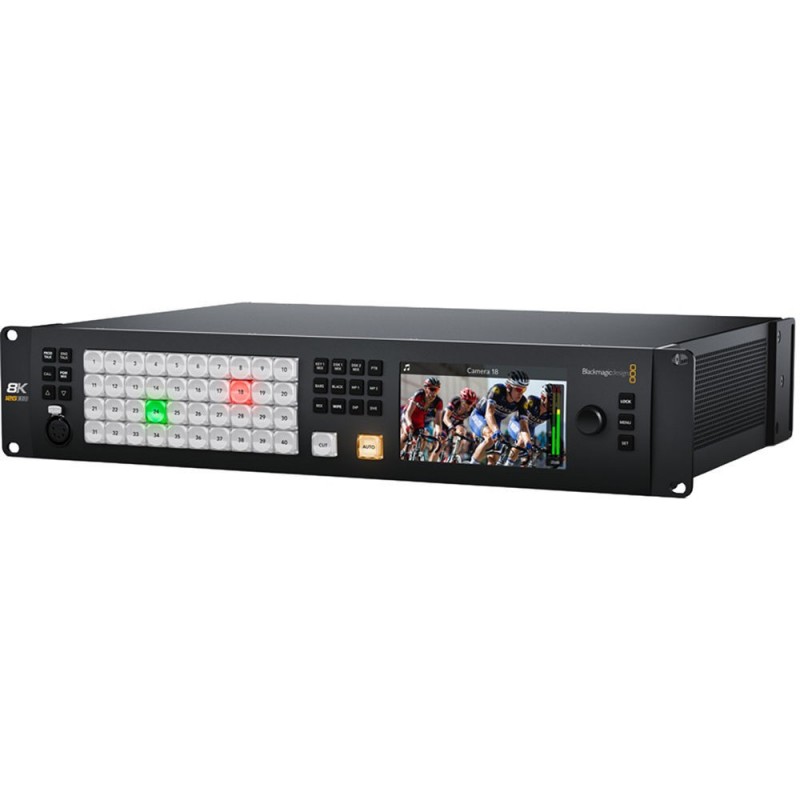 The Blackmagic Design ATEM Constellation 8K is a powerful switcher in a 2 RU chassis that can easily handle 4K video and supports 8K. It features a built-in control panel on the front and 40 12G-SDI inputs, with two main and 24 AUX 12G-SDI outputs. Each input has its own standards converter, which allows you to seamlessly switch between inputs no matter what format it is. The Constellation 8K incorporates four DVE, 16 Keyers, and four media players, allowing for flexibility in creating your program. Four multiview outputs enable viewing 4, 7, 10, 13, or 16 simultaneous views.

The relatively large LCD view screen on the front of the unit displays the input video with a label of the input number. You can control the Constellation 8K locally via the front panel buttons, or you can use the built-in Ethernet connector to control the system from a computer using the included control panel software. The built-in Fairlight audio mixer supports 80 channels of de-embedded audio from SDI, plus 64 channels via MADI in. Talkback functionality is available via the 5-pin XLR on the front of the unit, or the RJ12 connector on the back.

No customer reviews for the moment.